This is a new video by Peter Sinclair following up on his first video on the CRU email hack fiasco.

Also see our posts on this matter here, here, here and here 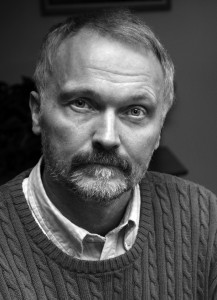 What can a prehistoric family, a scarecrow and Stephen Colbert tell us about climate change? For Peter Sinclair,  clips from The Flintstones, The Wizard of Oz and The Colbert Report are one way to grab your attention while delivering the science behind climate change.

Sinclair is one of thousands of volunteers personally trained by former Vice President Al Gore to educate the public about climate change. These presentations raise awareness about the climate crisis and potential solutions.

The 55-year-old nurse and graphic designer from Midland, Mich. has been involved with environmental issues since he was young. His desire to do something about climate change led him to Nashville for a week long intensive climate change seminar with Gore.

He has given hundreds of presentations on the causes, effects and solutions of climate change. He eventually condensed his presentations into YouTube mini-documentaries called the “Climate Denial Crock of the Week” where he attempts to debunk some of the most popular arguments made by climate change skeptics.

They generate a lot of heated discussion. Some have more than 4,000 views and many of the viewers cheer Sinclair for his work. Many others claim he presents biased arguments based on flimsy facts and attacks people simply because they are skeptical of climate change.

MC: Explain how the Climate Denial Crock of the Week started

PS: I had developed a whole elaborate part of my presentation that responds to [climate change] skeptics’ talking points. While giving one of my presentations at a small local venue, it was videotaped and put on the local channel where many more people were able to see it than could have possibly seen it at the conference… From then on I began recording my presentations and chopping them up in 10 minute chunks to put on YouTube. But I realized that wasn’t fitting the format, you really need a short video that has a beginning, an end and a point. So I started using snippets of old movies, cartoons and whatever I could think of to keep people’s attention while delivering information that most people would not seek out, then make it appetizing enough to stick with it for 5 minutes.

MC: What do you hope people take from it

PS: That this is the actual science as it is understood at the top level. Most of this information comes from peer-reviewed sources like NASA and the National Academy of Sciences. My goal is to take the actual documents and show people what they say and string them together in a fast enough moving narrative with graphics and visuals so that it is easy to follow and swallow. So far I’m getting feedback from all over the planet – from college professors who want to use them in their courses to other people like myself who give educational talks.

MC: With an issue that has become so politicized like climate change, do you think most people have already made up their mind on the issue regardless of any new information?

PS: I think there is still an awful lot of room for convincing people. There is a hardcore group of people that you are never going to get to but there is a large number of people in the middle… There are people out there who are still on the fence because they may not understand the issue that well but these presentations can clarify the situation to where people leave feeling more confident about what is really happening. And even for people who already get climate change, there is value in preaching to the choir because many times these climate denial talking points are crafted so elaborately that even somebody who gets climate change can be sold by one of these arguments.