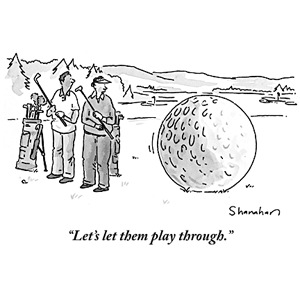 Darrell Issa, a Republican representative from California, is one of the richest men in Congress. He made his money selling car alarms, which is interesting, because he has twice been accused of auto theft. (Issa has said that he had a “colorful youth.”) As the ranking minority member on the House Oversight and Government Reform Committee, he earned a reputation as President Barack Obama’s “annoyer-in-chief.” Issa told the Times a few months ago, “You can call me a pain. I’ll accept that as a compliment.”

Now, with the Republicans about to take control of the House, Issa is poised to become the chairman of the Oversight Committee. The post comes with wide-ranging subpoena powers, and Issa has already indicated how he plans to wield them. He is not, he assured a group of Pennsylvania Republicans over the summer, interested in digging around for the sort of information that might embarrass his fellow-zillionaires: “I won’t use it to have corporate America live in fear.” Instead, he wants to go where he sees the real malfeasance. He wants to investigate climate scientists. At the top of his list are the long-suffering researchers whose e-mails were hacked last year from the computer system of Britain’s University of East Anglia. Though their work has been the subject of three separate “Climategate” inquiries—all of which found that allegations of data manipulation were unfounded—Issa isn’t satisfied. “We’re going to want to have a do-over,” he said recently.

Issa’s priorities are, to an astonishing degree, representative of the new Republican House majority. Last year, when John Boehner, of Ohio, the incoming House Speaker, was asked by ABC’s George Stephanopoulos about his party’s plans to address climate change, he had this to say: “The idea that carbon dioxide is a carcinogen, that it is harmful to our environment, is almost comical.” John Shimkus, of Illinois, is one of four members now vying for the chairmanship of the House Committee on Energy and Commerce. At a congressional hearing in 2009, he dismissed the dangers of climate change by quoting Genesis 8:22: “As long as the earth endures, seedtime and harvest, cold and heat, summer and winter, day and night will never cease.” He added, “I believe that’s the infallible word of God, and that’s the way it’s going to be for His creation.” Another contender for the Energy Committee post, Joe Barton, of Texas—who is one of the House’s top recipients of contributions from the oil-and-gas industry—argues that CO2 emissions have nothing to do with climate change, and, in any event, people will just adapt. “When it rains, we find shelter,” he has said. “When it’s hot, we get shade. When it’s cold, we find a warm place to stay.” (Barton is perhaps best known for the apology he offered, last June, to the C.E.O. of BP, Tony Hayward, for what he described as a “shakedown” of the company by the Obama Administration.)
To be sure, even before the midterm elections, the prospects for meaningful action on climate change in Washington were dim. In June of 2009, the House approved the American Clean Energy and Security Act, also known as the Waxman-Markey bill, which would have imposed a nationwide cap on emissions. The bill was convoluted in all the usual, special-interest-driven ways, and not nearly ambitious enough to produce the emissions cuts that are needed. Even so, Waxman-Markey was too demanding for the Senate. After months of posturing and further concession-making, Senate Democrats failed to come up with a bill that they were willing to bring to the floor. While the Senate dithered, President Obama was silent. He did nothing to rally public opinion on the issue, and what he did do—open up new areas to offshore oil drilling, for example—only undermined the negotiations.

Still, the recent election represents a new low. For the past two decades, the United States has been officially committed to avoiding “dangerous” climate change. One Administration after another—Bush I, Clinton, Bush II, Obama—has reaffirmed this commitment, even as they all have failed to live up to it. House Republicans and their Tea Party allies reject even the idea of concern. Not content merely to ignore the science, they have decided to go after the scientists. Before the election, congressional Republicans had talked of eliminating the House Select Committee on Energy Independence and Global Warming. Why, after all, have a panel on energy independence and global warming if you don’t believe in either? Now James Sensenbrenner, of Wisconsin, who is likely to become the select committee’s chairman, is arguing that it should be preserved. His rationale? The panel provides an ideal platform for harassing the Environmental Protection Agency, which, in the absence of legislative action, is the only body with the power to regulate carbon emissions. At least one group of scientists is organizing a “rapid-response team” to counter climate misinformation, but, since the misinformation is now coming from the very people charged with solving the problem, that task seems a peculiarly thankless one.

Meanwhile, as John Boehner chortles about the dangers of CO2, the world keeps heating up. According to the National Oceanic and Atmospheric Administration, the first half of 2010 was the warmest January to July on record. And this is just the beginning. Owing to the inertia of the climate system, the warming that we’re experiencing is only a fraction of the temperature increase that’s already guaranteed.

The United States is no longer the world’s largest carbon emitter; that honor belongs to China. But we’re still the largest source of warming in terms of cumulative emissions, and on a per-capita basis Americans produce more CO2 than just about anyone except the Qataris. Without the active support of the United States, there’s no way to make progress on emissions globally. This month, negotiators will meet in Cancún for another round of international climate talks, and it’s a safe bet that, apart from the usual expressions of despair, nothing will come of them. It may seem that we’ll just keep going around and around on climate change forever. Unfortunately, that’s not the case: one day, perhaps not very long from now, the situation will spin out of our control.