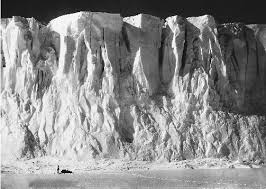 The Pine Island glacier is losing about 78 cubic kilometrs (30 cubic miles) of ice per year, the researchers at Columbia University in New York and the British Antarctic Survey in Cambridge, England, said today. That’s up from 53 cubic kilometes in 1994. The study in the journal Nature Geoscience is based on data from a 2009 expedition.

Scientists are grappling to understand how much Antarctica’s ice could contribute to higher sea-levels after the United Nations in 2007 predicted they’ll rise by 18 to 59 centimetres this century. Just how much of that will come from the southern continent remains uncertain.

“The glaciers from the Amundsen Sea region are contributing more to sea-level rise than any other part of Antarctica, so it’s imperative we understand the processes involved,” Adrian Jenkins, a glaciologist at the British Antarctic Survey and a co-author of the paper, said in an e-mailed statement.

The Pine Island glacier and smaller glaciers that flow into it contain enough ice to boost sea levels by 24 centimeters, according to Columbia.

The regional increase in ocean temperatures of 0.2 degrees Celsius isn’t enough to cause the increase in melt at Pine Island, the researchers said.

They sent a robot submarine beneath the floating portion of the glacier and determined that the ice mass had previously been grounded on a ridge. The ice melted free from the ridge, opening room for warmer waters to circulate, they said.

“More warm water from the deep ocean is entering the cavity beneath the ice shelf, and it is warmest where the ice is thickest,” Stan Jacobs, an oceanographer at Columbia’s Lamont-Doherty Earth Observatory and the study’s lead author, said in an emailed statement.