Experts interested in ocean acidification and affiliated with academic and federal agencies in the United States met for the first time the Woods hole in March 22-24 of this year.  There are a number of interesting presentations and videos to watch of leading scientists discussing the issues at the meeting website.

END_OF_DOCUMENT_TOKEN_TO_BE_REPLACED

The heat that’s now being generated by the climate change debate in Australia seems truly amazing to an outsider.

Here are five myths that I’ve heard being repeated during my stay. END_OF_DOCUMENT_TOKEN_TO_BE_REPLACED

While much of the debate about Julia Gillard’s $23-a-tonne tax has focused on its effect on Australian firms and consumers, Mr Rudd used an interview with The Australian to warn that the developed world could not expect high-polluting developing nations, including China and India, to reduce their emissions if it refused to do the same.

“The inherent inequity of that is made plain at every single global negotiation,” Mr Rudd said. END_OF_DOCUMENT_TOKEN_TO_BE_REPLACED

On Wednesday the BBC Trust released their report “Review of impartiality and accuracy of the BBC’s coverage of science”. The report has resulted in the BBC deciding to reflect scientific consensus about climate change in their coverage of the issue.

As a science communicator I applaud this decision. I understand and support the necessity to provide equal voice to political parties during an election campaign (indeed, I have done this, as an election occurred during my two years writing science for the ABC). END_OF_DOCUMENT_TOKEN_TO_BE_REPLACED

Phil Watson, Team Leader of the Coastal Unit in the NSW Department of Environment, Climate Change and Water was probably pleased when The Australian‘s Stuart Rintoul asked to interview him about his work. Watson was the man who organised A snapshot of future sea levels: photographing the king tide. The photographs of the king tide in 12 January 2009 are intended to help prepare NSW to adapt to a possible 90cm of sea level rise this century. So I’m guessing he wasn’t too pleased when Rintoul’s front page story about his work claimed that “Watson has written a report stating that global warming is not affecting sea levels” and that this report showed that sea level would only rise about 15 cm this century. You can imagine that Rintoul’s story might make it a bit harder for Watson to get folks to prepare for a 90cm rise. END_OF_DOCUMENT_TOKEN_TO_BE_REPLACED

Former Liberal leader Malcolm Turnbull has used a speech in Sydney to deliver a vigorous defence of climate change science.  The video of his speech can be found here.

Delivering the Virginia Chadwick memorial lecture last night, Mr Turnbull said a war was being waged on scientists by “those opposed to taking action to cut emissions, many because it does not suit their own financial interests”.

Mr Turnbull lost the Liberal Party leadership in late 2009 over his decision to support the Rudd government’s carbon pricing scheme and his successor Tony Abbott once described the climate change science as “crap”. END_OF_DOCUMENT_TOKEN_TO_BE_REPLACED

‘Climate change denier Lord Christopher Monckton has threatened to sue the ABC and described its chairman Maurice Newman as a “shrimp-like
wet little individual”.Lord Monckton, who is towards the end of a near month-long tour of Australia, told a Melbourne audience he had met with Newman at a breakfast and requested he intervene in the broadcast of the Radio National documentary Background Briefing.Experienced ABC journalist Wendy Carlisle interviewed Lord Monckton and several of his supporters for the documentary, which first aired on Sunday. The documentary also highlighted links between Lord Monckton and mining magnate and supporter Gina Rinehart, chairman of Hancock Prospecting. END_OF_DOCUMENT_TOKEN_TO_BE_REPLACED

“Any fool knows you don’t get data from a scientist by using FOI requests, you do it by stroking their ego a little, or by engaging them with a compelling research idea that you need the data to pursue.”

“And in the rare cases where this doesn’t work, you do some extra work yourself to reconstruct the data you need using other sources, or you test your hypothesis using a different approach (because it’s the research result we care about, not any particular dataset).” END_OF_DOCUMENT_TOKEN_TO_BE_REPLACED 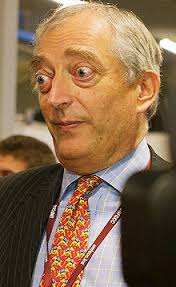 Letter to Viscount Monckton of Brenchley from David Beamish, the Clerk of the Parliaments.

My predecessor, Sir Michael Pownall, wrote to you on 21 July 2010, and again on 30 July 2010, asking that you cease claiming to be a Member of the House of Lords, either directly or by implication. It has been drawn to my attention that you continue to make such claims.

In particular, I have listened to your recent interview with Mr Adam Spencer on Australian radio. In response to the direct question, whether or not you were a Member of the House of Lords, you said “Yes, but without the right to sit or vote”. You later repeated, “I am a Member of the House”.

I must repeat my predecessor’s statement that you are not and have never been a Member of the House of Lords. Your assertion that you are a Member, but without the right to sit or vote, is a contradiction in terms. No-one denies that you are, by virtue of your letters Patent, a Peer. That is an entirely separate issue to membership of the House. This is borne out by the recent judgment in Baron Mereworth v Ministry of Justice (Crown Office) where Mr Justice Lewison stated: