END_OF_DOCUMENT_TOKEN_TO_BE_REPLACED

¶“We will respond to the threat of climate change, knowing that failure to do so would betray our children and future generations,” Mr. Obama said, at the start of eight full sentences on the subject, more than he devoted to any other specific area. “Some may still deny the overwhelming judgment of science, but none can avoid the devastating impact of raging fires, and crippling drought, and more powerful storms.” END_OF_DOCUMENT_TOKEN_TO_BE_REPLACED

Australia has always experienced heat waves, and they are a normal part of most summers. However, the current event affecting much of inland Australia has definitely not been typical. END_OF_DOCUMENT_TOKEN_TO_BE_REPLACED

I was in Bali to run Greenpeace International’s media for the meeting. The caller was someone called “John” who said he was an intern for a US NGO that I had never heard of. It was a small NGO, he said, who couldn’t come to the meeting, but “john” asked me for a copy of the UNFCCC’s media list for the meeting. END_OF_DOCUMENT_TOKEN_TO_BE_REPLACED 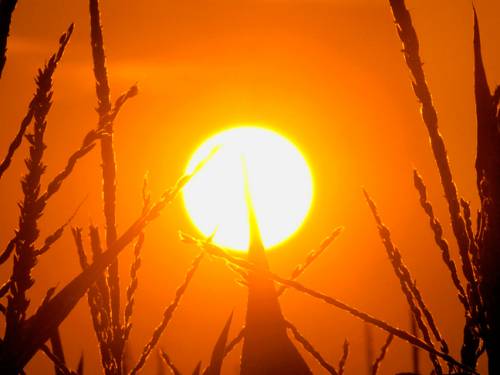 By Simon Divecha, University of Adelaide

As Australia stares at “a once-in-20 or 30-year heatwave”, with temperatures over 40 degrees, it is likely that more extreme weather events similar to this are in store for us. The probability of this occurring is well researched. (For example, Professor Barry Brook has previously outlined Adelaide’s situation.)

Australia’s media largely fails to link climate change to the heat. There have been more than 800 articles in the last five days covering the heatwave. Fewer than ten of these also discuss “climate change”, “greenhouse gas”, carbon or “global warming” (from a 3 -7 January 2013 Factiva news source search conducted on 7 January at 4pm). END_OF_DOCUMENT_TOKEN_TO_BE_REPLACED

As The Australian claims sea level rise is not linked to global warming, the world’s most influential climate scientist has called on “sane and rational voices” to speak out and correct the record.

Here is another piece from a journo (Graham Readfearn) who by contrast seems to always get it right!  Murdering Science, the Graham LLoyd way.

More than 250 scientists have gathered in Hobart today for a summit of the Intergovernmental Panel on Climate Change, the UN’s climate science body. The Oz marked the summit’s opening with a front-page “exclusive” story which claimed there was “no link” between sea level rises and global warming. END_OF_DOCUMENT_TOKEN_TO_BE_REPLACED

The state is enduring heatwave conditions, with the mercury climbing into the 40s in many inland centres.

Queensland Rail (QR) says passengers travelling on board its Spirit of the Outback train were put onto buses at Emerald this morning to travel west to Longreach. END_OF_DOCUMENT_TOKEN_TO_BE_REPLACED

I have wondered for sometime as to why some newspaper commentators find it hard to get the facts right on climate change (example).  Here is a breakdown by Tristan Edis of yet another piece of poor reporting by News Limited’s The Australian.

A WIDESPREAD belief that the world’s coral reefs face a calamitous future due to climate change is proving less resilient than the natural wonders themselves.

(This is a curious statement given that the science stacks up massively in support of the opposite!) END_OF_DOCUMENT_TOKEN_TO_BE_REPLACED Figure:  2012 temperatures in the U.S. compared to normal. The only large region where temperatures were slightly cooler than normal was the Pacific Northwest. (High Plains Regional Climate Center) END_OF_DOCUMENT_TOKEN_TO_BE_REPLACED