UPDATE:  Heat waves and broken records.  This report could have been written right now.  However, it is was produced by our Bureau of Meteorology exactly one year ago!  Take a look at this report produced for The Conversation in Jan 2013.  Welcome to the new norm!  Any one for cricket?

Flow batteries are rechargeable devices based on specific chemicals in liquids separated by a membrane.  They hold the key to cheap energy storage, especially if their dependence on expensive metals such as platinum and vanadium is reduced. Enter organic compounds called quinones.  Quinones are central to electron transport in photosynthesis (plastoquinone, phylloquinone), and aerobic respiration (ubiquinone). A discovery by Harvard biochemists suggests that quinones similar to those found in rhubarb may unlock the development of cheap flow batteries.

END_OF_DOCUMENT_TOKEN_TO_BE_REPLACED

Big changes are beginning to stir in solar energy. Heavy hitters such as Elon Musk (founder of SpaceX, Tesla Motors and PayPal) continue to see opportunities to transform the world through business excellence.  And those insights are catching on on Wall Street.  SolarCity is not simply a way to sell solar systems, it is a way to sell the energy itself, making “SolarCity almost like a newfangled utility”. Diane Cardwell and Julie Creswelljan wrote more on this innovation and the appeal it is generating in the New York Times last week. END_OF_DOCUMENT_TOKEN_TO_BE_REPLACED 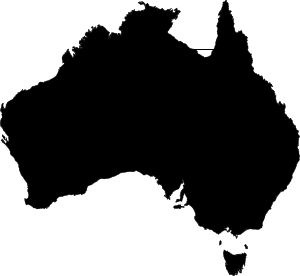 2013 will go down as the year that registered Australia’s hottest day, month, season, 12-month period – and, by December 31, the hottest calendar year. Weather geeks have watched records tumble. These tallies include obscure ones, such as the latest autumn day above 45C (Western Australia’s Onslow Airport at 45.6C on March 21), the hottest winter’s day nationally (29.92C , August 31), and even Wednesday this week, with the hottest-ever 9am reading (44.6C, at Eyre weather station near the WA-South Australian border). END_OF_DOCUMENT_TOKEN_TO_BE_REPLACED

END_OF_DOCUMENT_TOKEN_TO_BE_REPLACED

¶“We will respond to the threat of climate change, knowing that failure to do so would betray our children and future generations,” Mr. Obama said, at the start of eight full sentences on the subject, more than he devoted to any other specific area. “Some may still deny the overwhelming judgment of science, but none can avoid the devastating impact of raging fires, and crippling drought, and more powerful storms.” END_OF_DOCUMENT_TOKEN_TO_BE_REPLACED

Australia has always experienced heat waves, and they are a normal part of most summers. However, the current event affecting much of inland Australia has definitely not been typical. END_OF_DOCUMENT_TOKEN_TO_BE_REPLACED

I was in Bali to run Greenpeace International’s media for the meeting. The caller was someone called “John” who said he was an intern for a US NGO that I had never heard of. It was a small NGO, he said, who couldn’t come to the meeting, but “john” asked me for a copy of the UNFCCC’s media list for the meeting. END_OF_DOCUMENT_TOKEN_TO_BE_REPLACED